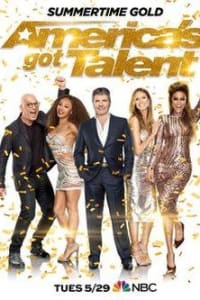 Season thirteen of the reality competition series America’s Got Talent premiered on May 29, 2018, on NBC. Howie Mandel, Mel B, Heidi Klum and Simon Cowell returned as judges for their respective ninth, sixth, sixth, and third seasons. Meanwhile, Tyra Banks returned for her second season as host.